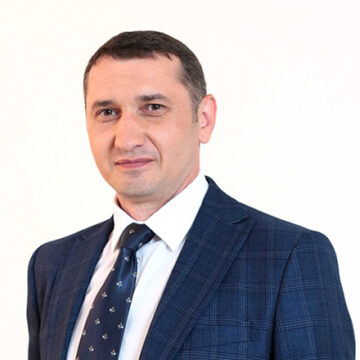 Volodymyr Semeniuk joined Enwell Energy in 2011 and in 2013 he was appointed to the position of a Chief Geologist. He previously worked for the biggest gas producer of Ukraine – NJSC Ukrgazvydobuvannya. For half of his career he managed the geology department of Kharkivgazvydobuvannya, a regional gas production division, dealing with 21 oil and gas fields. He started his career in the oil and gas industry in the Ukrainian Research Institute of Natural Gas.

Volodymyr graduated from Ivano-Frankivsk State Technical University of Oil and Gas. He holds a PhD in Geology.