The Vasyshchivske field holds great potential, with three million boe of 2P reserves and the likelihood of much more recoverable gas, as well as vast quantities of Unconventional gas. 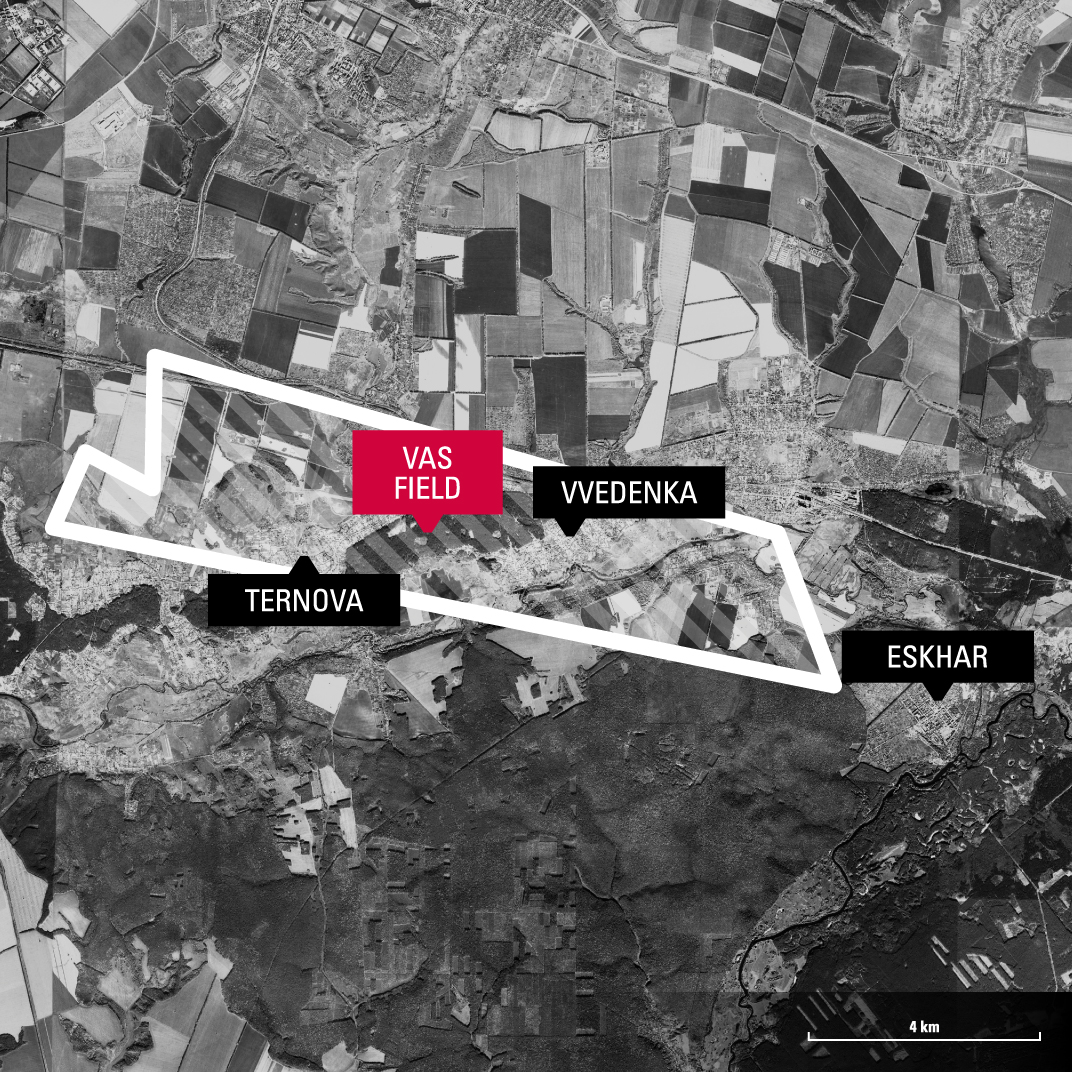 We hold a 100% working interest in, and are the operator of, the Vasyshchivske (VAS) field. The licence was granted in August 2012 for 20 years, and it should be renewed before 2032 under our priority right. The licence extends over an area of 33.2km² and is located 17km south-east of Kharkiv, in the Kharkiv region of Ukraine.

Geologically, the field is located towards the middle of the Dnipro-Donets sedimentary basin in north-east Ukraine. The field is trapped in an anticlinal structure broken into several faulted blocks which are gently dipping to the north, stretching from the north-east to south-west along a main bounding fault. The gas is located in Carboniferous sandstones of Bashkirian, Serpukhovian and Visean. Our wells are 3,370 to 3,700m deep.

3D seismic acquisition and processing was completed at the field in August 2019.

In the most recent DeGolyer & MacNaughton (D&M D&M) appraisal report (2019), production forecast at the field was modelled until 2032. Taking into account the potential resources of the Vvdenka block within the licence area (which are more than 2.5 times greater than the estimated 2P reserves of the Vvdenka block), the current development programme may be significantly intensified and extended.

In addition, prospective geological resources of Unconventional gas at the VAS field were assessed at 76 million boe (recoverable resources of 20 million boe) by a local contractor and reviewed by the State Reserves Committee of Ukraine in 2014.

Why invest in us

In a challenging, shifting environment, only those paying attention will succeed. Disciplined performance, rigorous planning and a highly experienced team mean we’re able to operate to top quartile benchmarks in every aspect of our business. Our plan is to grow – steadily and strongly.

find out more
Back to the top